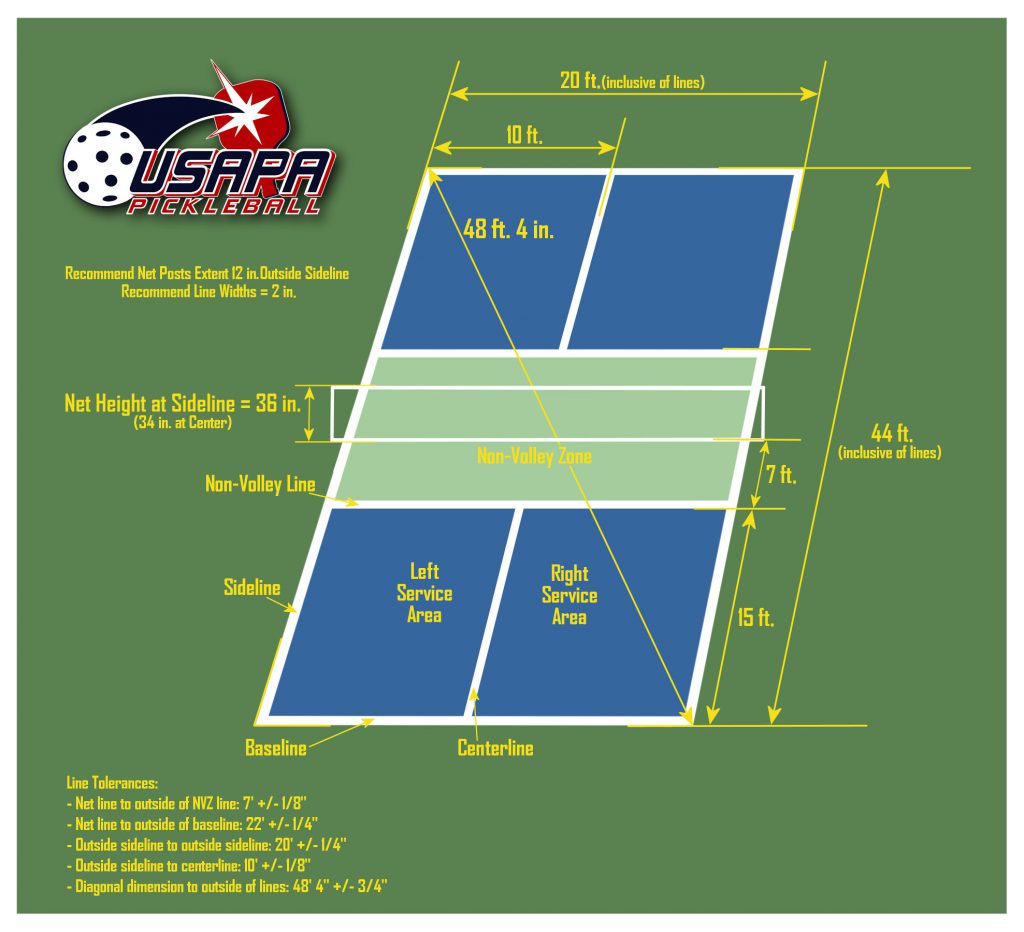 The following pickleball rules and scoring are in abbreviated form to give a quick overview of how the game is played.

* A new provisional rule allows for a “drop serve.” The server has the option of dropping the ball and hitting it after the bounce. The ball can be dropped from any height but cannot be thrown, tossed, or otherwise released with any added force to bounce it.

*At the beginning of each new game only one partner on the serving team has the opportunity to serve before faulting, after which the service passes to the receiving team.

Any fair method can be used to determine which player or team has first choice of side, service, or receive. (Example: Write a 1 or 2 on
the back of the score sheet.)

Also noteworthy: Players cannot call a ball out “unless they can clearly see a space between the line and the ball as it hits the ground.”